#Startyourstory : Apprenticeship under the Spotlight

#Startyourstory : Apprenticeship under the Spotlight

On Monday, April 23, 4 days before the submission of the draft bill “Professional Future” to the Council of Ministers, Muriel Pénicaud launched the new learning campaign called #Demarretastory (start your story).

Skillogs was present at this press conference to offer its contribution to the campaign, inspired by the social network Instagram where you can post short daily videos to share moments of your day. This is what is called a “story”.

The #demarretastory campaign is done by apprentices, for apprentices. Several apprentices’ testimonies are already available on Instagram, and on the new website apprentissage.gouv.fr.

It is a reminder of ANAF’s excellent work, and its “Filme Ton Job” website, which allows apprentices to share their experiences by publishing videos showing excerpts from their professional activities in companies in a dynamic format that promotes learning: Error -> Consequence -> Solution.

We have been working for several months now on the principle of skill validation via media tools, including video, and such campaigns are inexhaustible sources of analysis. At the European Validation Festival in Brussels on 14 and 15 June 2018, organised by the European Commission, Skillogs and around forty organisations will have the opportunity to present initiatives and practices on learning validation, using the power of video as a tool to promote apprenticeship and skills validation.

The Minister stated during her intervention at the Conservatoire National des Arts et Métiers that this campaign was launched to “break the codes”. Many jobs can prepare for apprenticeship without young people being clearly informed. In apprenticeship, you can prepare the same diplomas as during initial training, a CAP, a Bac Pro or even an engineering degree. Only 7% of young people aged 16 to 25 are in apprenticeship, compared to 15% in Germany for example. A real boom is possible.

“Our challenge is to convince young people and their parents to forget preconceived ideas about apprenticeship and to show them that it allows them to blossom.”

Large task ! An Elabe survey for the Institut Montaigne and the JDD in October 2017 shows that it is all the population is asking for : 74% of the French respondents have a good image of this system combining school and work. Yet 56% of them think that apprenticeship has a bad image. Should we talk about double talk?

Apprenticeship survey
Muriel Pénicaud also wants, among the 20 points of the reform presented on Friday in the Council of Ministers, to increase the salaries of apprentices, and to give 500 euros to finance approximately half of their driving licence. To this end, it mobilizes all the actors involved in apprenticeship: “young people, companies, national education, regions and social partners”. For the Minister, there are no “quantified objectives” “We are more ambitious than that”, she said in her interview on Europe 1. The €1.5 billion that was distributed to the Regions for apprenticeships will now be distributed to branches and young apprentices.

“It is based on the bet that companies will hire more apprentices. Today I call on all companies, it’s time to go for it”.

At Skillogs, we have been committed to apprenticeship from the very beginning: 2 apprentices out of 6 employees! And we can welcome Jean-Baptiste, the youngest, alternating in UX-UI ergonomics, in a Master of Management in design and innovation. Our newcomer is the result of a now daily collaboration with IBM France, and the Scale Zone.

Nevertheless, the Regions’ reservation must be taken into account. As “Régions de France” expressed it last February, for the first time in 30 years, “decentralised competence and effective regional management will be largely centralised”, she notes. “It is not enough to meet the needs and maintenance of apprenticeship development in all territories”.

A long debate is to be expected in the National Assembly and the Senate on this subject.

In the meantime, the #demarretastory campaign highlights apprentices who have already found their host company, and are therefore already professionally successful. However, the difficulty of finding a host company for apprentices is not mentioned and young people blame this lack of communication with regard to this job search. Apprentices are often young with blank CVs. This period of research is often very stressful and can lead to giving up on apprenticeship.

We are beginning to get to know the locks concerning companies, which are afraid to welcome an apprentice: lack of time to train, absence of an apprenticeship supervisor, sometimes difficult rhythm of work/study…

Skillogs has 4 tactical advantages with its Acarya proposal for professional training:

Removing geographical boundaries: removing the locks of place of life, family, financial and social context
Reduce training costs and time: faster and more dedicated learning. What takes 500 hours in person can be divided by 2 online
Provide a wide range of intelligent online training resources: rapid dissemination of new knowledge, smart Moocs, using the digital tools of the new generations’ daily lives on the labour market
A stable planning in the host company: 30 hours per week, every week, in the company, and 9 hours per week in personalized e-learning.

Skillogs aims to train, from 2020, 100,000 apprentices with dedicated digital tools, aggregators of the 13,485 skills of the ESCO European benchmark.

Starting this summer, we will train 150 apprentices at a distance, in the restaurant sector, and thus help to remove two locks put forward by the Minister this morning:

Out of these 150 apprentices, 10% will be disabled workers, compared to 1% currently in apprenticeship.

Skillogs wishes to continue on this morning’s wave, and work in good understanding to promote such concepts.

Since January, during the Winter Universities of Vocational Training, Muriel Pénicaud supported her remarks by wanting to support voluntary structures for the promotion of apprenticeship, particularly through digital tools.

We really liked the hashtag #démararreTaStory at Skillogs, which reminds us of the Agile method, very popular in IT, and which we recommend. We therefore have in mind a second Hashtag, #DémarreTonEpic, parallel with agile methods, which would concern more CFAs and training platforms, which are aggregators of apprentices’ stories. 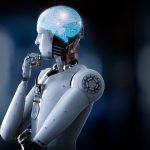